January has been a huge month!

This month I took part in the January Submission Challenge, organised by UK Author Raymond Daley.

The challenge was to submit at least one story every day for the month of January – that’s 31 stories!

After deciding to take part in Ray’s September Submission Challenge at the very last minute, and managing 15 submissions (from which I received two acceptances), I was keen to try again. This time I was much more organised: I had my market lists (compiled from some of Ray’s list, and some from other places I’ve submitted to in the past/wanted to submit to), and my list of polished, unpublished stories (a whole fourteen of them).

I jumped into the month very gung ho – submitting seven stories on day one, and four on day two, etc. Which would have worked well if I had enough stories, but by the middle of the month they were all out under consideration and I had nothing else to submit. (I did also write a new story for the Australian Writers Centre’s Furious Fictin competition – so I had a total of fifteen stories, and I spent a good deal of the month working on a story for Australian Speculative Fiction’s Zodiac series,which I may have finished had I not come down with a virus in the last few days of the month and been stuck in bed with a pounding head.)

Some of the places I submitted to, like Fantasy and Science Fiction, and the JJ Outre Review, have a super fast turn around for rejections (a day or two at most – though my quickest rejection took about 6 hours), giving me the freedom to resubmit those stories elsewhere. Others I may not hear back from for a couple of months yet.

I managed 30 submissions for the month, which I am super-pleased about, which has resulted in (so far) 17 rejections, and 2 acceptances.

Which brings me to my biggest news for the month: my acceptances!

First, my story ‘Raven’s Sacrifice’ was accepted into Australian Speculative Fiction’s anthology ‘Stories of Hope’ (see image at the top of this post). This anthology is about raising money for those affected by the horrific bushfires that have burnt through large swathes of Australia over the past couple of months. While I am lucky enough to live away from the bushfires (this time), I have friends who have been on high alert and have been watching the news closely for updates, absolutely horrified by the devastation that has been wrought on our beautiful country. I am so pleased to have been able to contribute something, however small, to help the people and animals affected by this. I know it’s going to be filled with all sorts of fantastic stories, so keep your eye out, and support this great anthology. 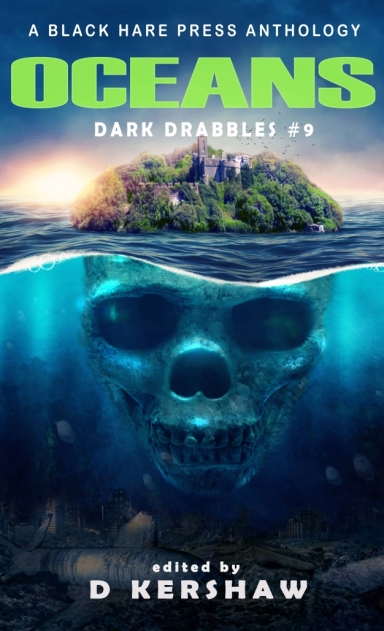 My second acceptance was for something very different, a 100 word dark fantasy, ‘The Consequences of Climate Change for the Merpeople’. This will be published in Black Hare Press’s ‘Oceans’ anthology, expected out in early April 2020.

If you’re on Facebook you can follow me to get updates through out the month, otherwise look out for my next blog post later in the month.

And if you’re a writer and you like the idea of joining in a submission challenge, the next one is planned for May this year. Keep an eye on Ray’s blog for more information!