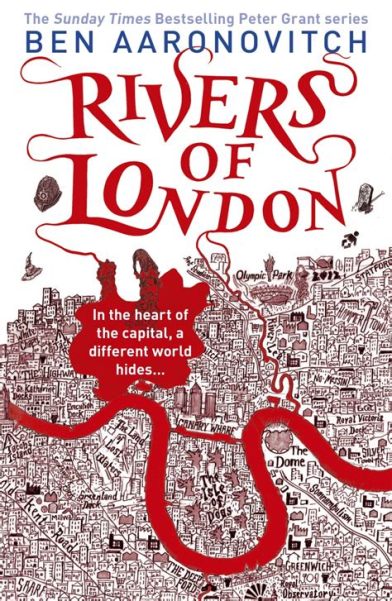 I have to thank one of the wonderful women in my local writers group for recommending this brilliant story!

Rivers of London follows probationary constable Peter Grant, who learns one night that he can see ghosts, when he tries to take a witness statement from one…

What follows is a brilliant story of the supernatural side of London.

There is a murderer on the loose, a spirit, able to infect people and set off a train of events that results in someone being violently murdered, while the person who carried out the murder completely unaware of exactly why they snapped and killed someone.

Meanwhile, Father Thames, and Mother Thames, both personifications of the great river that runs through the city, are having a disagreement, and their many children – all the smaller rivers and brooks and streams that run into the Thames, are involved.

Peter not only learns that magic is real, he learns how to wield it, his experiments (when he uses magic, his phone is destroyed, and he’s curious enough to try and figure out why) leading him to successfully summon a spirit with five calculators at the points of a pentagram, and a glow-stick instead of a candle.

Rivers of London is witty, and well written, a brilliant story line.

And if you’d like to read it, it’s available here.

2 thoughts on “Review – Rivers of London by Ben Aaronovitch”