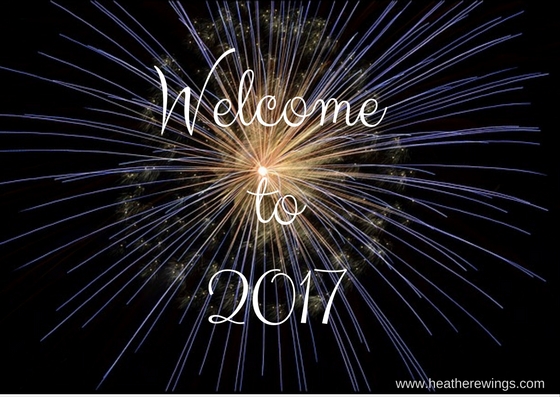 I’m more than a little relieved we have finally said goodbye to 2016. Many people complained that it was a terrible year, citing the ever-rising rate of celebrity deaths as one of the reasons the year was so awful, alongside the numerous other occurances and events that I’m sure I don’t need to mention here.

For me personally, the bulk of 2016 was not so bad. I worked hard, potentially too hard when I found myself a little burnt out in September and unable to even comprehend writing another blog post, despite the couple of ideas that popped up later in the year. But I kept up with my fiction writing, completing two novellas to achieve my 50,000 word count for NaNoWriMo, and editing various other stories, one of which is now submitted to a competition (cross your fingers for me!).

But for me and my local community the tragedy of 2016 occurred in the days leading up to Christmas, when the mother of one of our homeschooling families was killed in a car accident. She was one of the loveliest people I have ever met, and I’m still not sure I’ve convinced myself that I’ll never see her again. It has been a time of shock and sorrow, and yet also profound awe as the local community has pulled together to support the family and each other, in a way I’ve never witnessed before. It’s given me great hope for the future, despite the terrible things that are happening in this world.

You know, I was not ever going to write about Gem’s death on my blog, but there I have, and now I’m pondering whether to delete it, or let it stay, and how on earth do I move from that topic to what I intended this post to actually be about – which is my plans for the coming year?

Perhaps this is a time to follow through on the one New Years Resolution I have every year, which is to be brave. I regularly fail at it, and yet when I do remind myself of this resolution, and follow through, I find it that little bit easier to be braver next time.

So… on to this year.

Once again this year I’m taking part in the Australian Women Writers Challenge, and, along with my local writers group, have decided to read and review books by Tasmanian Women Writers. I’ve committed to six and have finished the first one ‘The Spare Room’by Kathryn Lomer. I read another of her books a couple of years ago, ‘Talk Under Water‘ and loved it, so was really happy to read another of her novels